The town of Meira was founded thanks to the construction of this monastery that dates back to the 12th century, around the year 1,143.

Founded in the 12th century. It conserves the church and part of the monastic buildings. A place to visit and leave an imprint on the retina.

In Cistercian style, the church of the Monastery of Santa María de Meira is 70m long and 14m high and is one of the best examples of this art in Galicia. It follows the austere style of this religious order, and was consecrated on June 3, 1258 by Bishop Martín de Lugo, holding a busy fair to celebrate it.

The foundation of the monastery

For the construction of the church, the model of the Cistercian temple of Clairvaux was followed, from where the 12 monks and Abbot Vidal left to make this foundation, by order of Saint Bernard. Thus, it has a Latin cross floor plan with 3 naves, a transept and 5 chapels, the lateral ones being square and the central one semi-circular.
In the 16th century the annex building was built to house the Faculty of Philosophy, Hospedería, Portería and Cloister of the Knights. Today it is the town hall and the rectory building, of which part of this cloister is still preserved.
In the first decade of the 1800s it was occupied by Napoleon’s troops who used it as a military hospital and a powder magazine.
There were no monks in it as of 1835 because of the Mendizábal Confiscation Law.

It houses a 1543 sarcophagus of Doña María de Bolaño, and a carved headstone from 1659, as well as interesting baroque altarpieces from the 17th and 18th centuries.
You will be surprised by the wonderful mural paintings of the 17th century chirola.
The spaciousness, lightness and austerity make a perfect cocktail that will impress you. The exceptional culmination is the large rose window on the façade.

Its facade and its rose window leave no one indifferent. But you will undoubtedly be captivated by the fittings on the main door and will make you want to see and know more about this impressive monument.

Come to know the Monastery of Sta. Maria de Meira 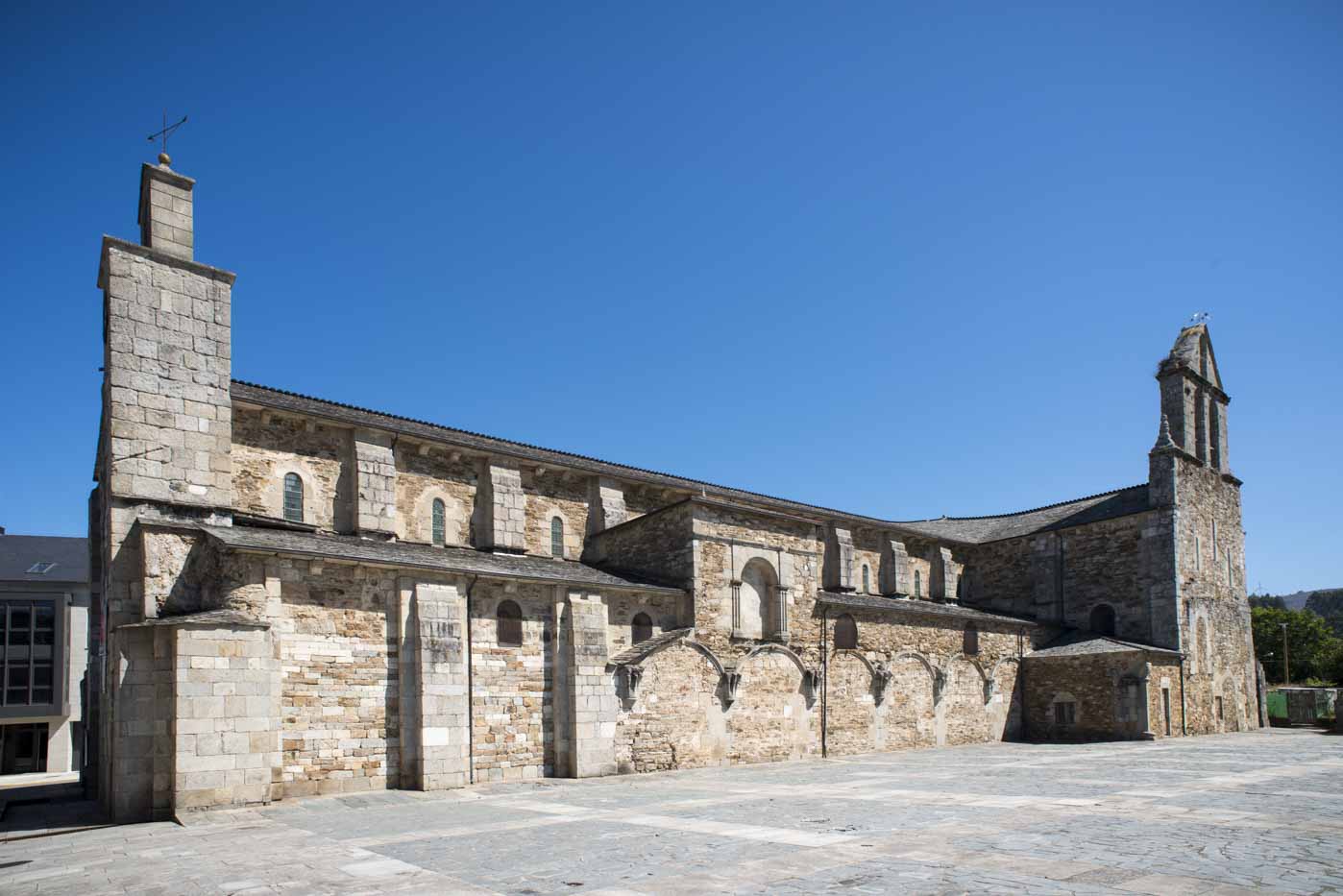 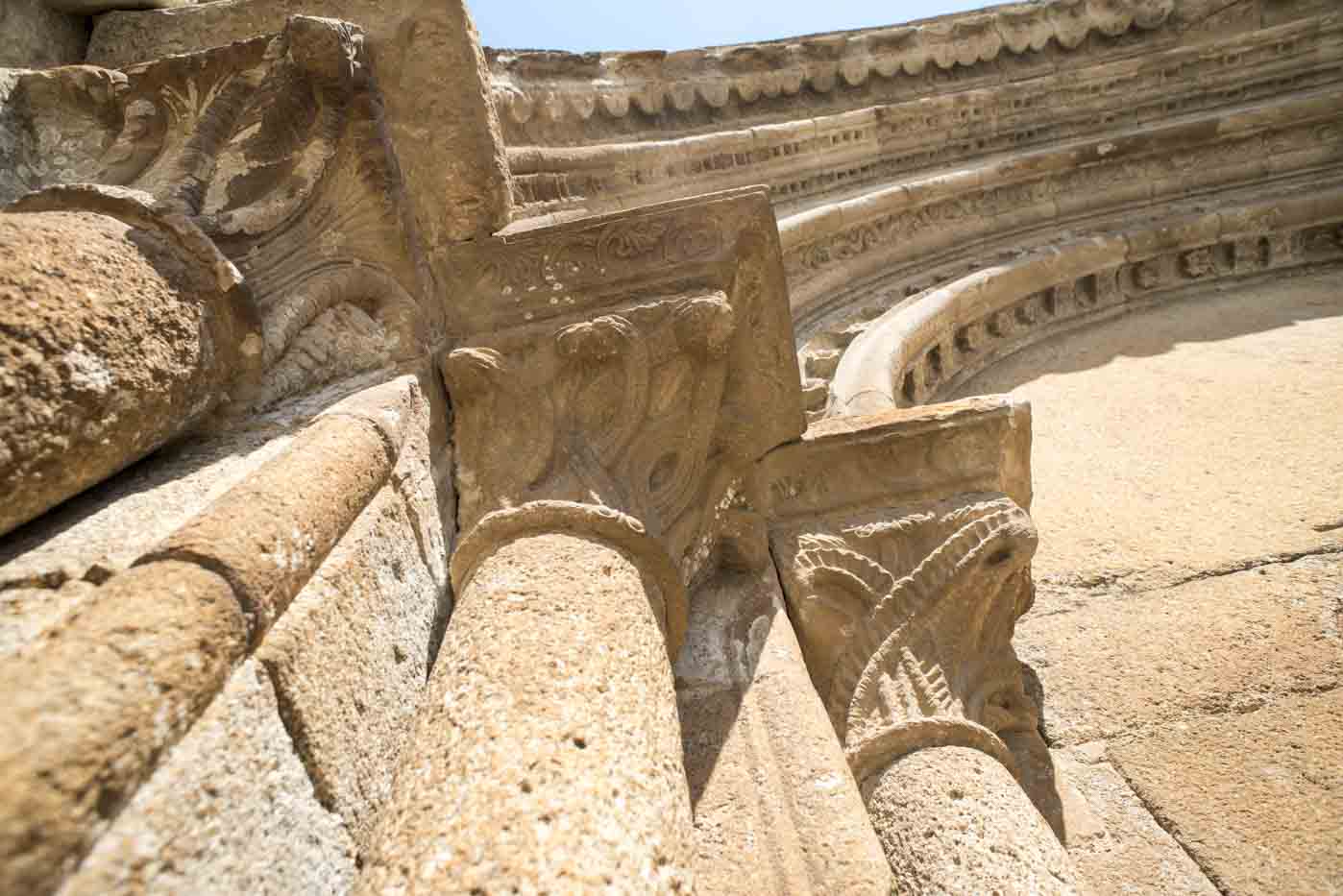 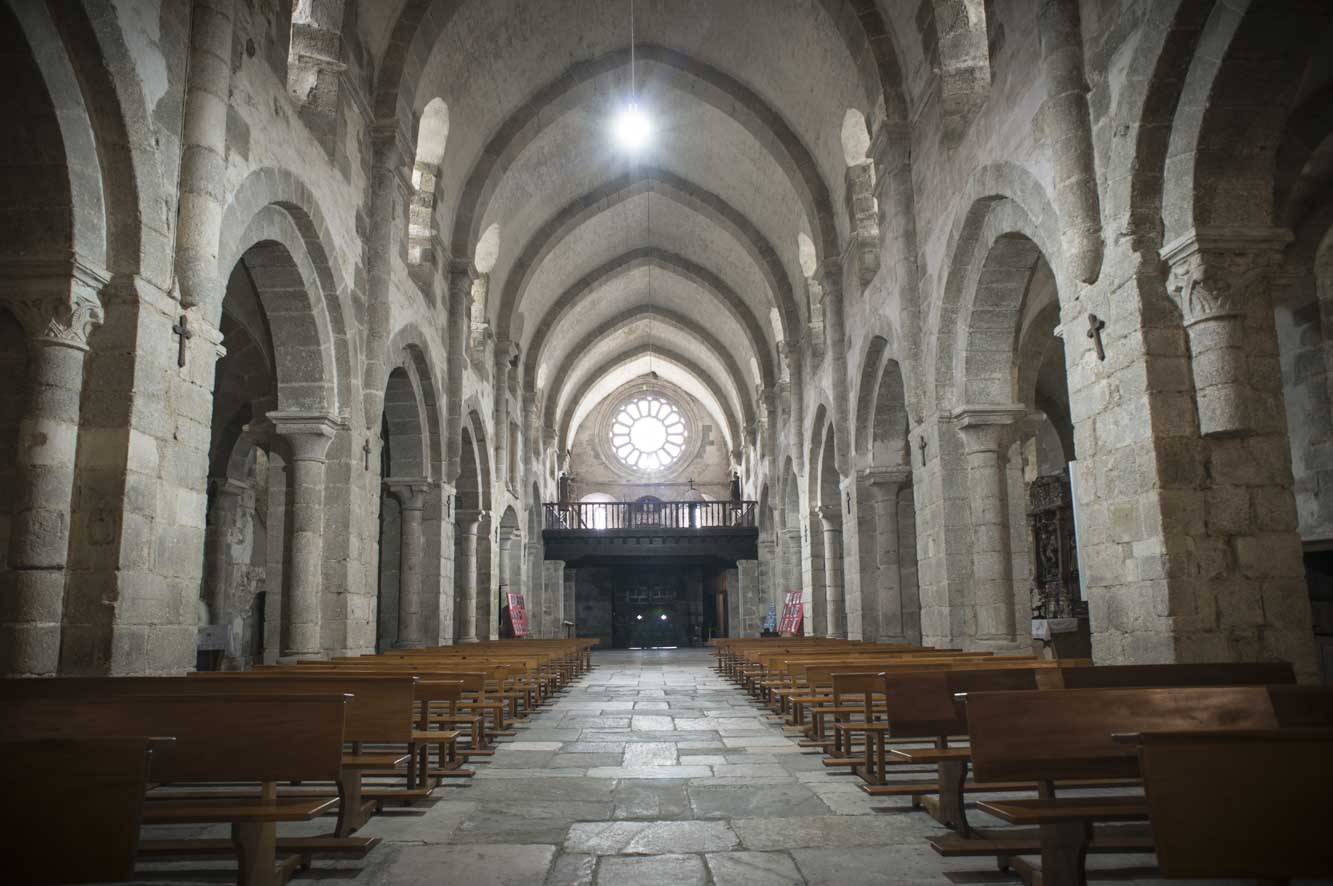 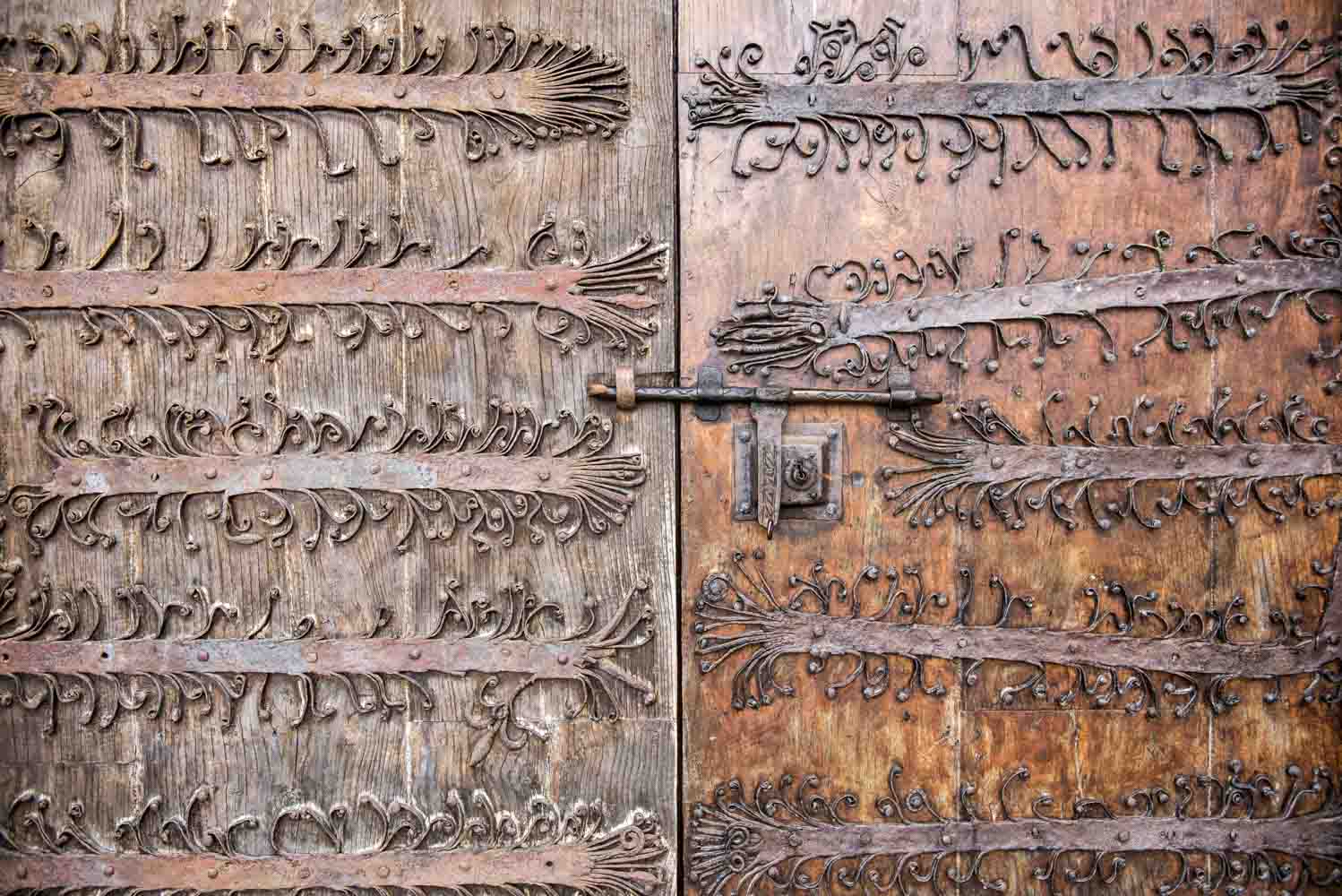 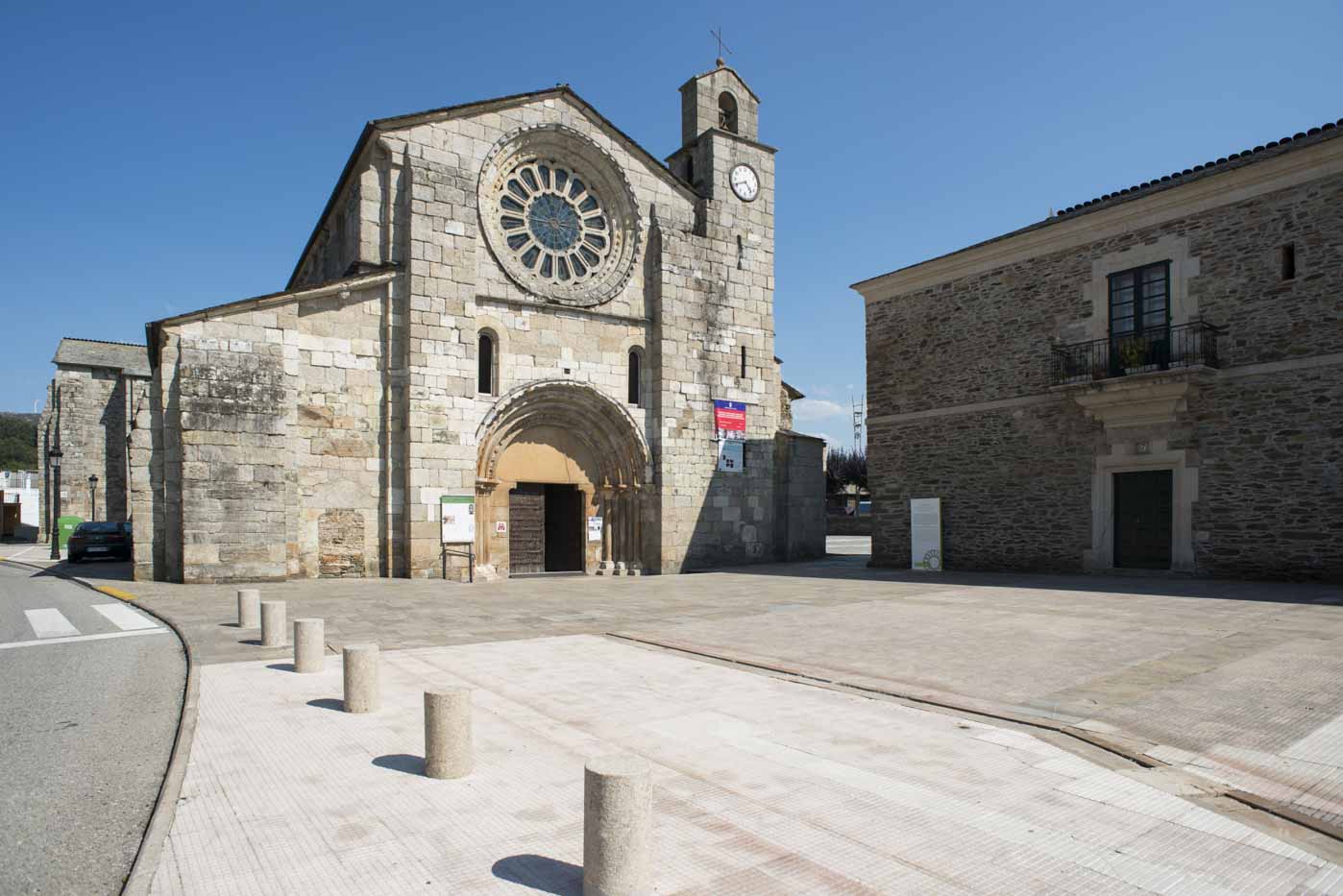 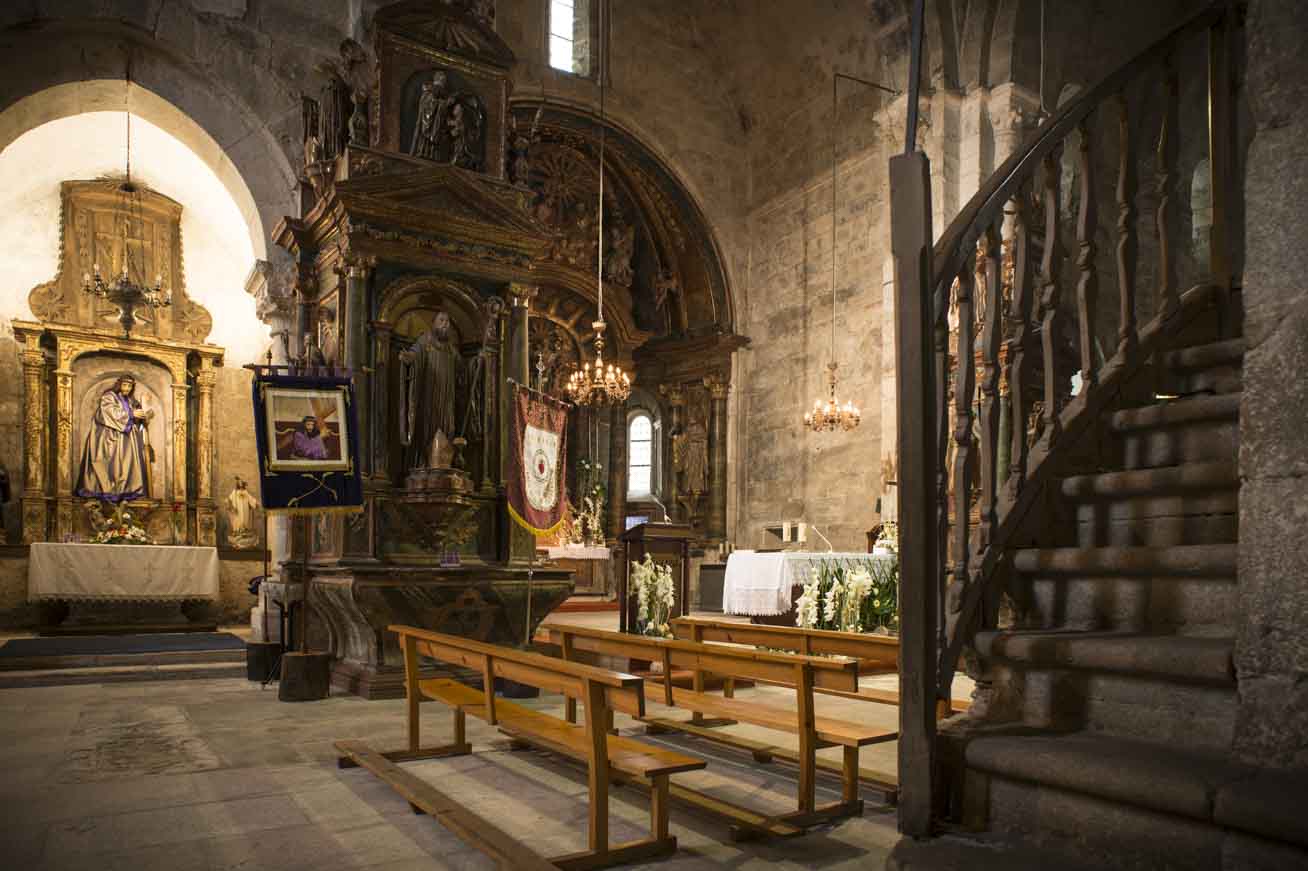 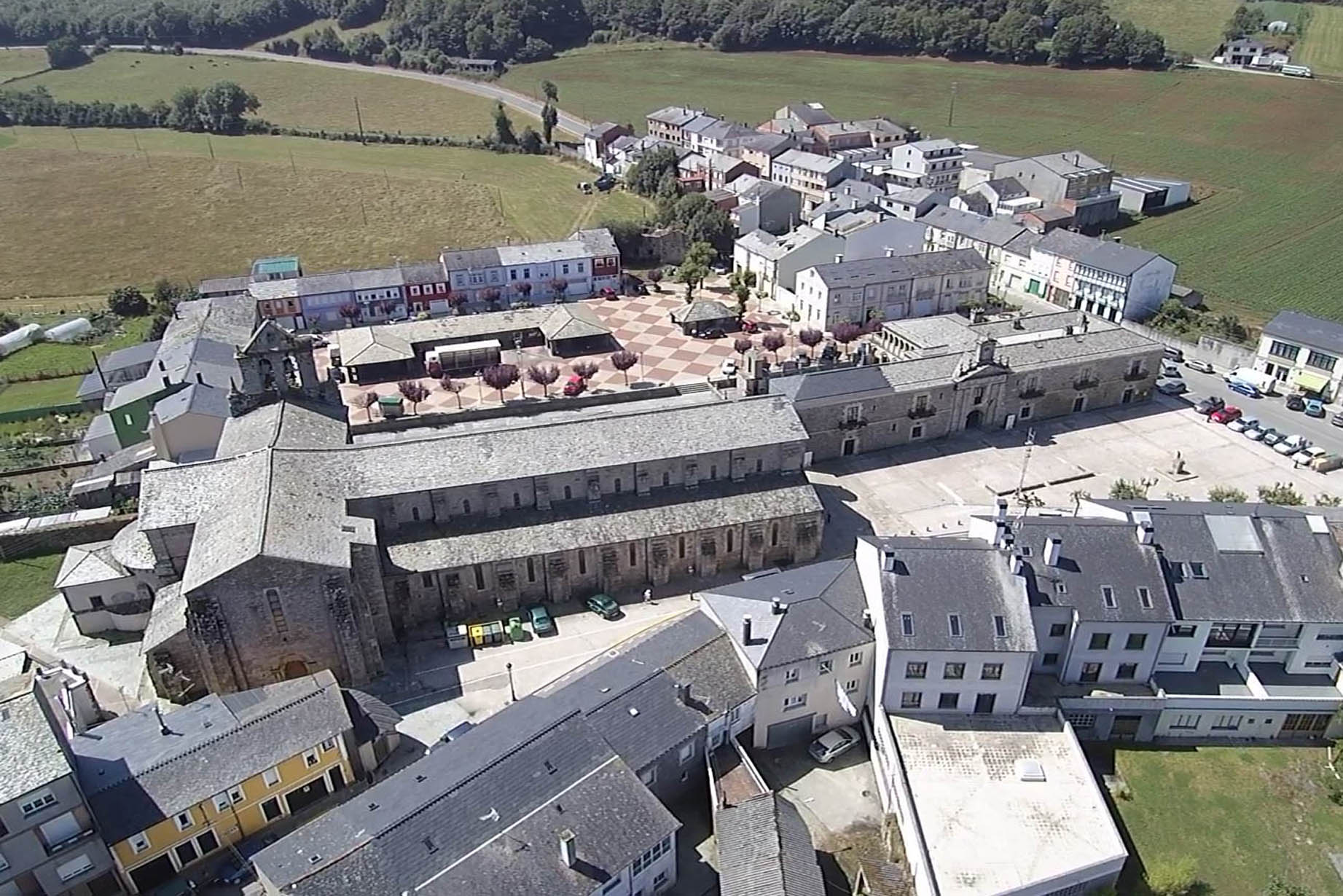 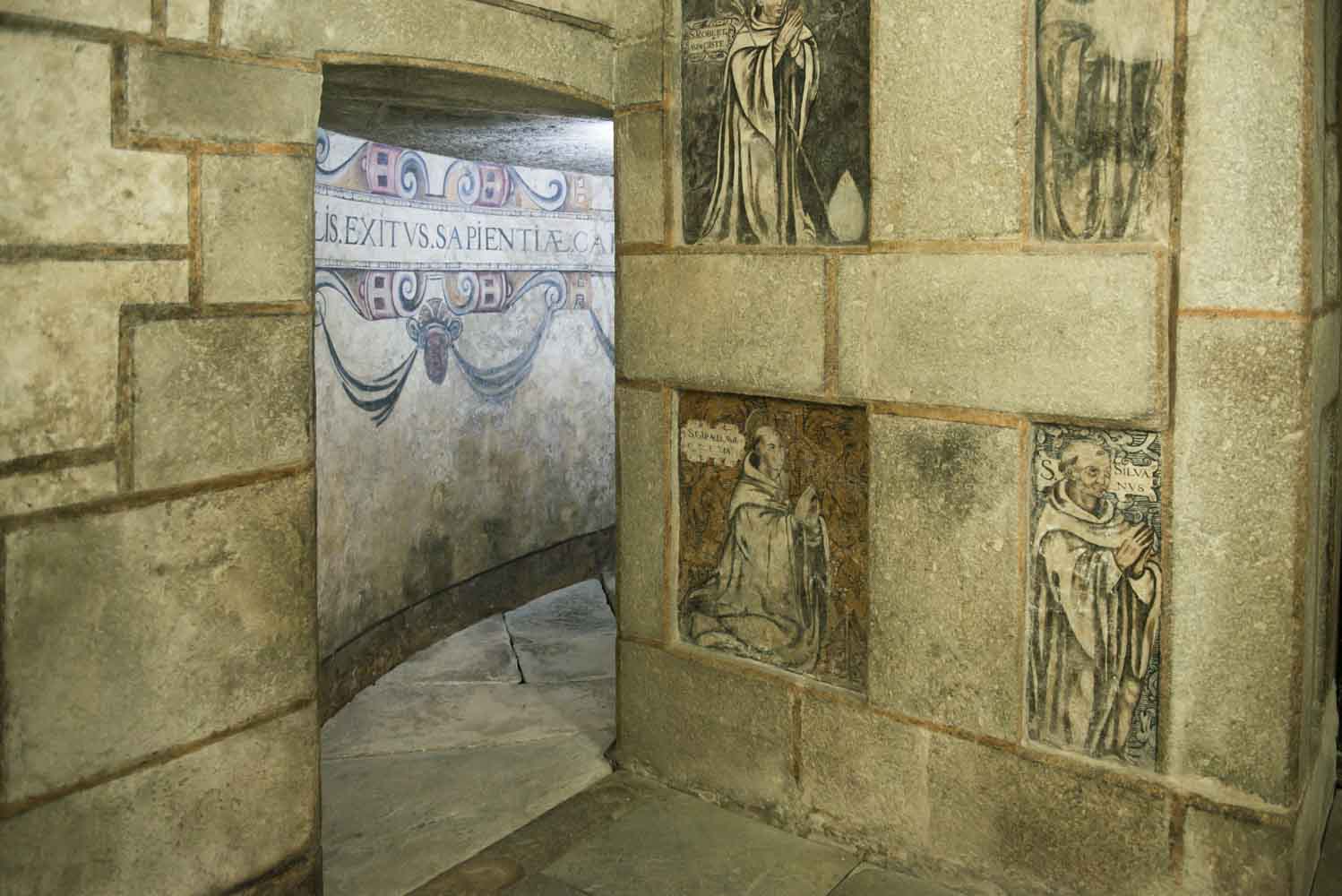 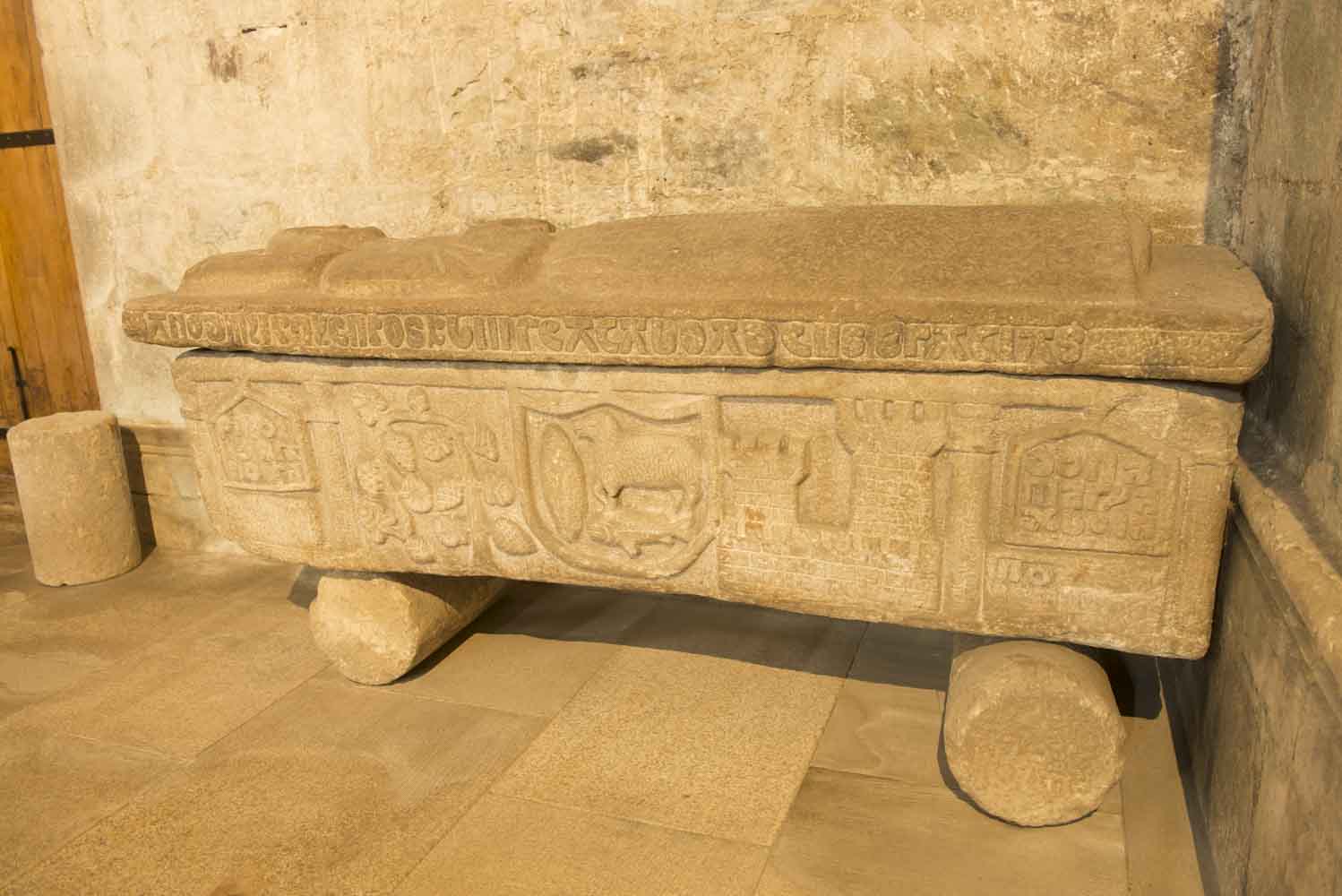 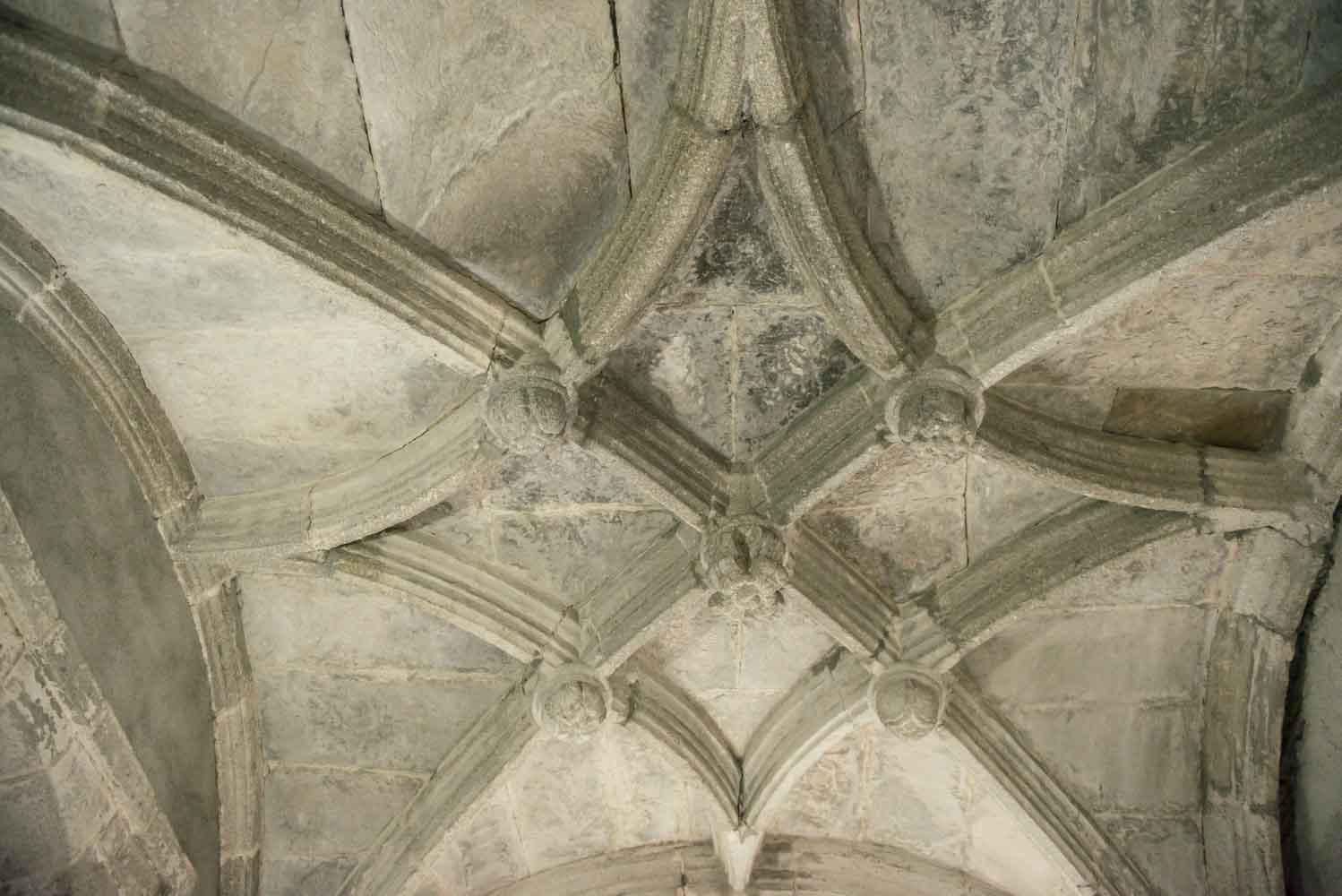 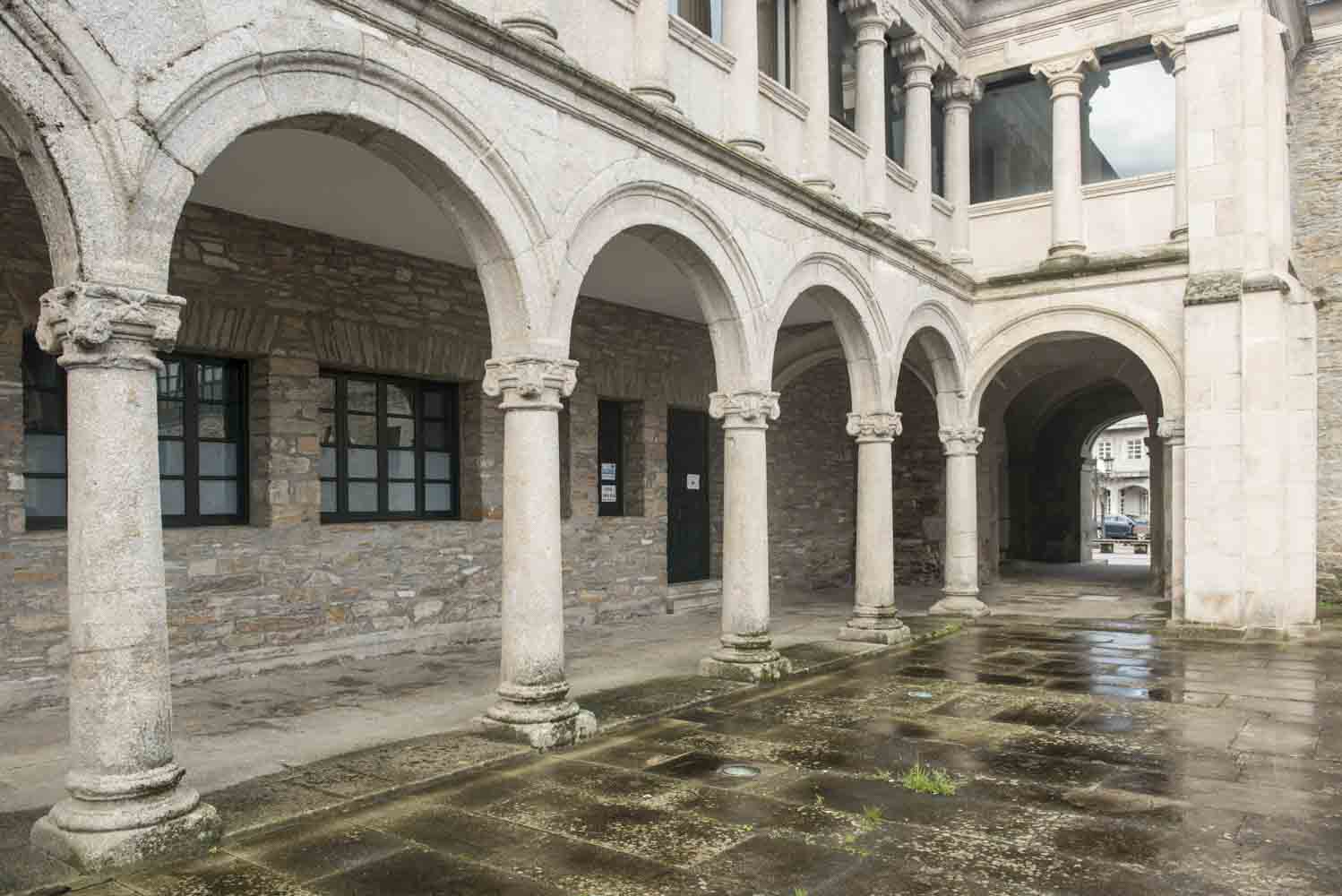 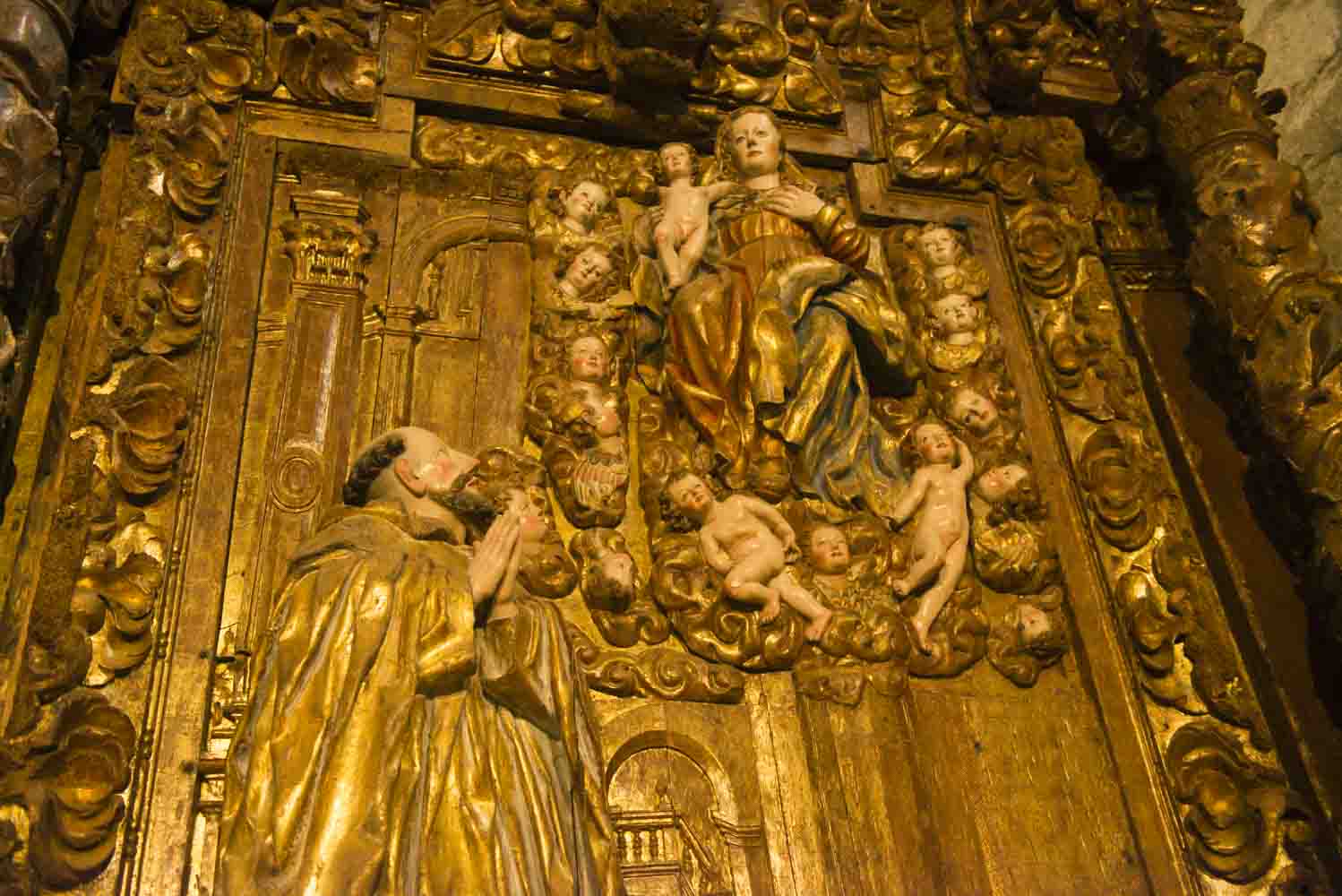 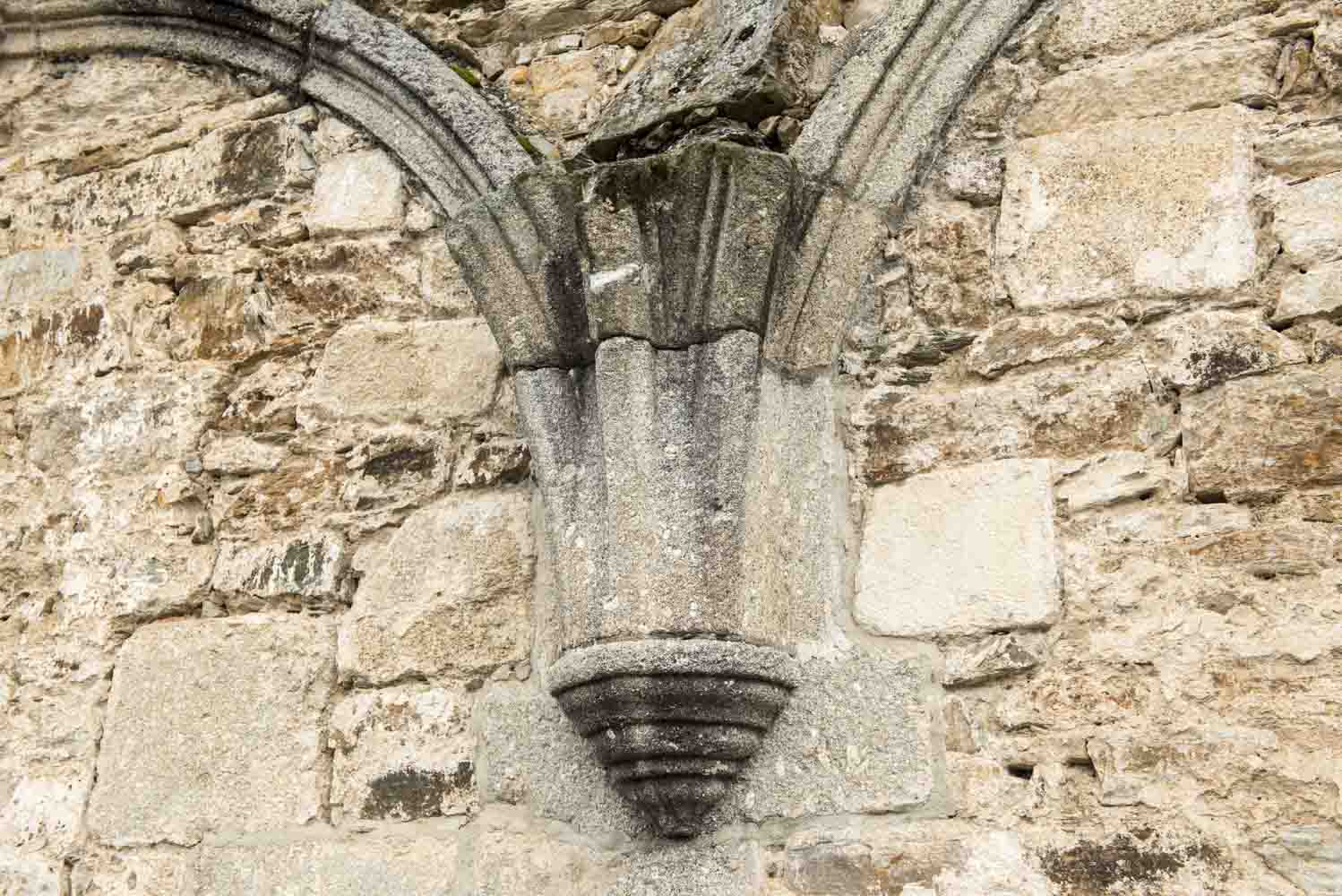 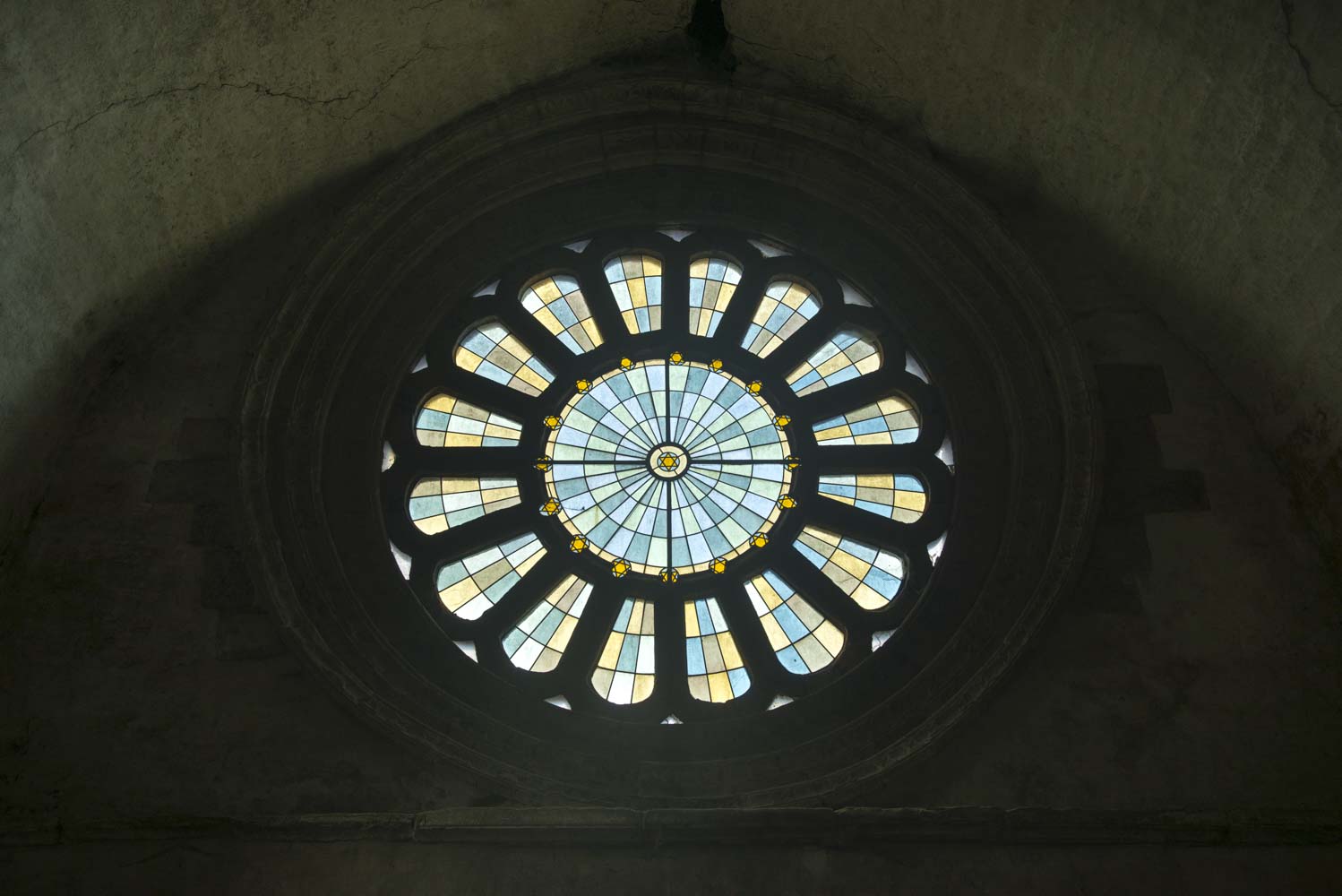 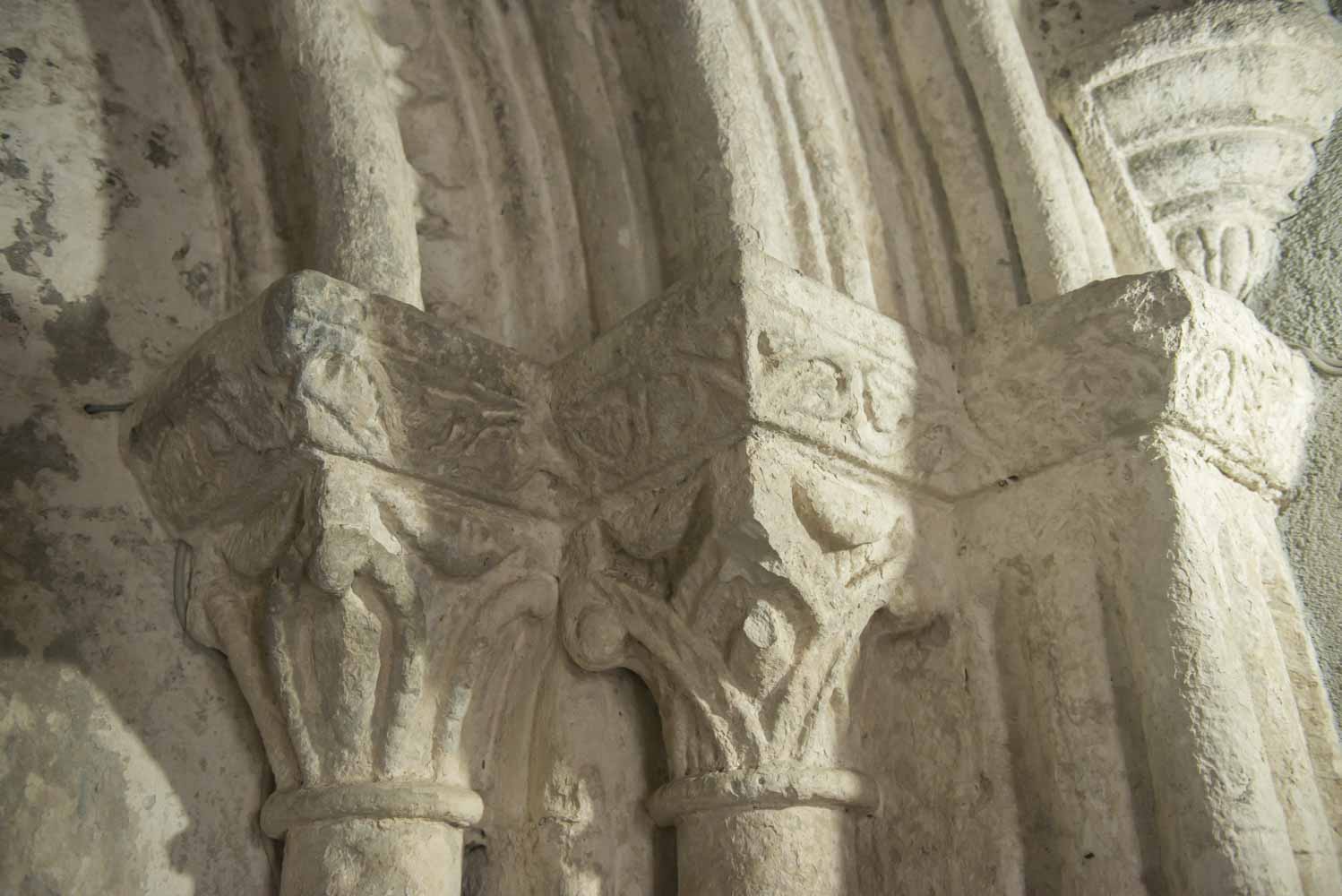